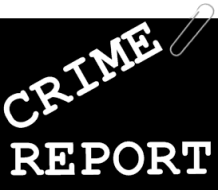 “Thanks, Jerry,” I said taking the crime report Officer Reynolds slid across the counter, our daily routine. Stepping over a set of outstretched, denim legs, their owner laid out into one of the hard plastic waiting room chairs. He looked half asleep after a long, worried and wary wait for a brother, a friend or a father to be released from the back bowels of the station’s holdings.

I’d seen it so many times before. I think the officers enjoy wringing the processing out as long as possible. Personally, I think they do it just get the person footing the bail to do their job for them. That is, the one stuck in the waiting room for hours on end get so riled up at the whole thing they lay into the offender once they finally come staggering out. Sometimes dealing with a relation’s wrath is worse than sobering up on four inches of a shared, steel bench in an overcrowded cell.

I fell into my usual spot, the perpetually vacant, six foot, office table stuck just around the corner from the waiting room, just inside the station’s hub of desks, uniforms and ringing telephones. I kicked a foot up on the other empty chair and settled into reading through the daily report. There may  be something to follow up on and it was best to give it a good read through before making it all the way back to the newsroom only to be lectured by the editor on the basics of getting the story. I’m no rookie anymore and have learned my lessons.

An incident of shoplifting at a Quick Mart around 2am.

A report of a bicycle theft from outside Greg’s Burgers.

Marcus Danial arrested on the scene for damaging city property. His second arrest for a disagreement with a parking meter.

Kelty strode by without a word. I took notice because he always stopped for a quick, “hullo” or to make mention of the game the night before. There was always a game the night before. But that wasn’t what caught my attention. It was who sat at the corner of his desk. She was huddled into herself, arms folded firm, a hooded head bent into her chest. Kelty’s face sober with concern, he placed a mug of something warm in front of the girl. From her dress, a dark pink hoodie, something in big, block, faded print across its front, too tight jeans with black and white, canvas sneakers I thought early teens. She sniffled raising her head and a hand to reach for the mug. She might of been crying.

My interest was peeked.

The station’s coffeemaker stood atop a filing cabinet conveniently within earshot of Kelty’s desk. I poured a cup, glanced at Kelty who returned a “not now” look. The plan was to hang about the coffeemaker, feign interest in the crime reports while trying to catch whatever I could from the detective and the girl. That was the plan until I noticed the pages were where I’d forgotten them, on the table across the room. Instead, a troublesome creamer packet became the ploy. I let an eye stray over the girl hunkered into the chair. She’d pulled her legs up and sat hugging her knees. The white toes of her sneakers were stained in dark smudges. Was that blood?

“Anything you can remember, anything at all will help us to catch who did this,” was what Kelty said in a low voice, doing what he could to sound comforting.

I reached for and tore into yet another creamer packet willing the regular, business noise all around into the background to thread the girl’s stifled words into focus.

“Start from the first thing you remember,” Kelty urged her on, a suspicious glance towards me mixing in my fourth creamer.

“When I came out of my room the house was still dark. The drapes were all closed,” she began to uncurl herself letting her feet fall back to the floor. She sniffled, took another sip from the cup and set it back down on the desk, “Mom’s usually up before me and I thought it was strange. I walked into the kitchen and saw her on the floor. Her legs were twisted around and there was blood all around her and a dish towel was over her face.” She wiped her eyes. Dry. Apparently all cried out. She hadn’t looked up at Kelty yet. She sat there, her head down inside that hood. “I ran over to her but when I touched her face she was cold. One of her eyes was open a little and…,” she buried her face in her hands. “I don’t want to talk about her any more.

A napkin served as a notepad. I’d all but given up my pretense of making myself coffee, caring little if Kelty noticed my eavesdropping. I fought to keep the napkin flat as I scribbled the girl’s account, punctuating, “Mother’s face was covered with towel but daughter says face was cold and noticed one eye was partially open,” with a question mark.

“Okay, you found your mother and then what did you see or do?” Kelty prodded her.

The girl shook her head, “I got up and called the police, called 911. And then the police came.” She drank again from the cup and said, “It must have been someone who broke in and she surprised them. The backdoor was open a little. And one of our knives was on the floor next to her, “ she said letting her recollections flow. “Oh and I think there was some blood on the doorknob too. Did they check for that?”

Kelty nodded his head, “We’re processing the scene right now. We should have some answers soon. Is there anyone you can stay with?”

“My boyfriend can come get me.”

“Boyfriend? I don’t know I’d let my daughter have a serious boyfriend when she was your age.”

“My mom didn’t either but she came around.”

Kelty nodded again and stood up, “Okay well, Officer Reynolds, around the corner there in the waiting area, will sign you out and you can call your boyfriend from there. Leave a number where we can get a hold of you if we need to speak with you again.”

She nodded and walked away. Kelty stepped up to the coffeemaker and poured himself a cup.

“So you think she did it?” I asked figuring he knew I caught about everything.

“And you’re letting her walk out?” “Nothing solid on her, yet.” He tossed his stir stick into the trash, “The tail’ll find somethin’. And maybe somethin’ on the boyfriend, too.” He stepped away heading back to his desk cup in hand adding, “And no printing any of that until we make some sort of arrest.”

« Memorable Quotes: After the Rejection
The Third Choice »